The strain on the unity and relationship of Pangu Pati parliamentarians in Morobe province has become obvious, with Morobe Governor and Deputy Party leader, Ginson Saonu, attacking the government of Prime Minister and Pangu Pati leader, James Marape, and challenging his Morobe MPs. 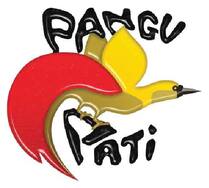 Governor Saonu also announced his initiation of court proceedings against the government and the developer of Wafi Golpu Joint Venture, and taking a swipe at the nine MPS for not listening and adhering to the growing call from within the province not to accept Deep Sea Tailing Place, as part of the mine.

The governor was accompanied by executives of the party’s provincial branch, who also called on their parliamentarians in Lands and Physical Planning Minister and Lae MP, John Rosso, National Planning and Monitoring Minister and Finschaffen MP, Reinbo Paita, Tewai-Siassi MP Dr Kobby Bomareo and Nawaeb MP Kennedy Wenge, to come out and support the position of Governor Saonu.

It is now obvious that most of the nine MPs from Morobe province and especially the four Pangu Pati MPs, are not in support of the position of Morobe Governor Ginson Saonu against the Deep Sea Tailings Placement or DSTP system, which has been accepted following the signing of the Environmental Permit by the national government.

Governor Saonu was the first Morobe MP to come out in opposing the DSTP, which is the wish of most of the people and rural communities, and up until now, only Nawaeb MP, Kennedy Wenge is the only one also opposing the DSTP system.

Governor Saonu has warned that politics, the upcoming 2022 National General Elections and money can destroy leaders in Morobe province and in the process compromise the livelihood of the people and admitted that his speaking against his own members and government by halting the project in a court proceeding, could cost him his political career.

The Pangu Pati Morobe branch will host a forum for all Morobe MPs to make known their position in public to the people of Morobe.