The East New Britain Provincial Administration has been urged to delegate some of it’s human resource powers and functions to Pomio District. 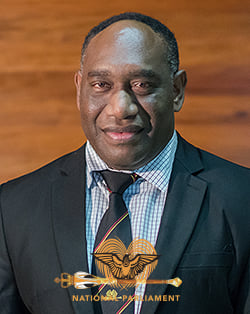 Pomio MP Elias Kapavore called on the ENB Provincial Administrator Wilson Matava to allow some functions of the Human Resource, and as per the Corporate Plan of the Department of Personnel Management (D-P-M), which talks about decentralising functions of human resource to the district level.

The Pomio MP said the district already has the Alesco Payroll system installed at Palmalmal and thus it can make it easier for the provincial administration to monitor officers, instead of waiting on reports from the district.

Mr Kapavore said he doesn’t believe in giving up, but in looking for ways and means to deliver services, with help from development partners and the people in the communities.

Next : PNG PANGU Party in Morobe Strained by DSTP