MOBILE Works Limited, a 100 percent Papua New Guinean-owned company, has been awarded a major project to upgrade the two-lane road from 9-Mile to 14-Mile to a four-lane road with median strip. 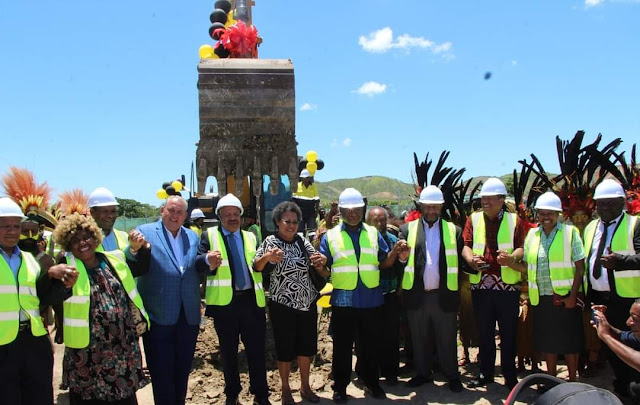 City Manager Bernard Kipit, in congratulating the company, said the process of choosing a contractor is not an easy job, adding it has to go through the process of public tender, technical evaluation, National Procurement Commission Board to make the decision and then to the National Executive Council.

He said through the process, they found out that the local company the best and competitive; thus, the contract was awarded.

“We did not just choose because they were Papua New Guineans but they qualified and scored high points in all the assessment through the process of choosing a contractor,” he said.

The road upgrade will be done at a cost of K117 million. It will be completed in 24 months or two years' time. It will service the cultural, economic and educational hub of the city.

“We have assessed their work output and quality is very high standard so it is not a mistake the government has approved the contract to them,” he said.

The awarding of the contract to the Mobile Works is also in line with the government’s initiative or policy to Take Back PNG, says Mr Kipit.

City Manager stated that the NCDC is looking forward to working with the company proper supervision so that they can deliver the project on time and within the budget.

“We’ve noted that if they are supervised properly they can deliver that outcome to specifications and standards, and to budget and to the outcome that we desire for the roads that they’ve been engaged to construct,” Mr Kipit said.

He urged the local community to also support the project as it is not only for the Commission but for everyone who will be benefitting from once completed.

He said the Commission is happy the national government is supporting NCDC in this project, not with funds but helping the Commission to acquire funds via loan facility from the Bank South Pacific to fund the project.

9-Mile community leader Daniel Philip thanked the local MPs and the Governor for NCD Hon. Powes Parkop for bringing development into their community.

He urged the people of 9-Mile, Morobe block and those living along the road corridor  to support this project by cooperating with the contractor in respecting their work and properties.

“As your leader, I say we will respect and work alongside the leaders and contractors,” said Mr Philip, adding if they do this, the government will bring more development to them.