The Moresby North Esat electorate has launched one of the biggest Micro Small to Medium-Enterprise 9MSME) program this week.

The Micro SME concept is not new in the country but has not really being driven by the consecutive government until James Marape became Prime Minister. 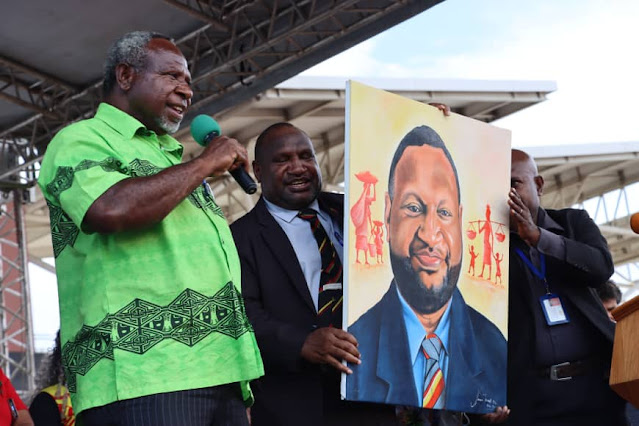 For the Moresby North-East district, local MP Joh Kaupa saw the importance of this sector and began his SME drive in 2018, releasing K1 million in 2019 for the SME program.

The main idea behind Kaupa’s SME drive is that the North East electorate has a lot of settlements, and many women living in these settlements are unemployed, most relying on the informal sector to make ends meet.

The aim is to empower them to eventually move away from the informal sector to the formal sector, thereby making their informal businesses bigger and also paying taxes to the government and being recognized.

Moresby North-East District in its 5-year development plan has given equal prominence to the Economic Sector with the aim to enhance economic self-reliance and Poverty Alleviation.

The district has a budget appropriation of K10 million per year for the District Improvement Services Program (DSIP). Out of that 20% of the DSIP which is K2 million, is for the Economic Sector programs such as MSME.

Since last year the district has allocated K3 million for this MSME program,(K1 million from 2019, and K2 million this year).

Some 20, 2000 interested mothers in the district have participated in this program. The office of the member for Moresby North East has so far collected 280 Mothers Incorporated Business Association. The MSME funding assistance will be channeled through their business association.

The Moresby North East electorate now has more than 7 million Kina to roll out its MSME program.

Thousands of mothers in the electorate brave the scorching heat from the sun gathered at the Sir John Giuse stadium to receive the welcoming news, something they have been waiting for, the electorate MSME funding assistance.