Papua New Guinea’s total COVID-19 cases as of Sunday 6th September has reached 497 with the confirmation of nine additional cases in the last 24 hours.

The new cases are from Tabubil in Western Province.

Of the nine new cases, seven were asymptomatic, while two had signs and symptoms. 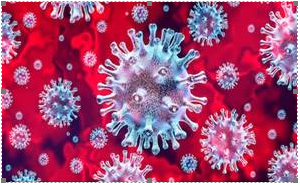 Five of the cases are contacts of previously- reported confirmed cases.

On Saturday, East Sepik reported for the first time three confirmed cases: two are lawyers while one is a plumber.

“Some people think this is a hoax, but COVID-19 is real. People from all sorts of backgrounds are getting infected, including professionals,’’ said Controller of the National Pandemic Response Mr David Manning.

The symptoms of COVID-19 include fever, cough, sore throat, tiredness, shortness of breath or difficulty in breathing.

Some have muscle aches, chills, headache and chest pain.

In some instances, those with COVID-19 do not have any symptom.

The only way to confirm COVID-19 is to have a laboratory test.

Of the 497 cases detected in the country so far, 54 per cent of them did not have any signs and symptoms, while 43 per cent had symptoms.

Majority of the cases have also been mild and moderate.

As experienced in other countries, the five deaths reported so far had underlying health conditions.

“Wearing masks in shops, markets, enclosed spaces, and in public places is not just to protect yourself but others as well. Be responsible and protect the vulnerable,’’ said Mr Manning.

Currently in the National Capital District, the Rita Flynn Isolation Facility discharged eight patients today and two patients remain in isolation. The Port Moresby General Hospital, on the other hand, has four COVID-19 patients: one mild; two moderate; and one severe case.

Next : Rugby league coach, players and referees suspended in Fiji