The Papua New Guinea  National Aids Council has reported there is a rise in the number of Human Immunodeficiency Virus or HIV and Acquired Immunodeficiency Syndrome or AIDS cases in the country.

Director of the National Aids Council Dr. Nick Dala said the overall trend of the HIV and AIDS status is indicating a growth in the numbers. 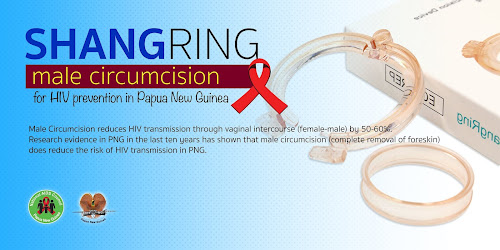 Dr. Dala said there is a need for increased awareness in the provinces to address this issue.

He said there is a need for a change to their awareness approaches such as billboards to a more group focused approach to address HIV and AIDS.

Dala emphasized that the organization needs funding to address this health issue.

The NAC Director Dr. Dala has pointed to a number of reasons behind the increase, stating it could be the result of the impact of COVID-19, drop in the level and style of awareness, funding amongst others.

Dr. Dala also highlighted a number of provinces that are leading in the HIV and AIDs statistics include National Capital District, Morobe, Western Highlands, Enga, and Jiwaka.

However, Dr. Dala said with the current trend, PNG is still a long way to meet this target.

The current estimates for People Living with HIV in the country stand at 52,000 positive cases of which 90 percent of these positive cases are on treatment.

Dr. Dala further reminded all to observe and practice the best prevention measures and behaviors to stop the spread of HIV and AIDS.

Amongst those mentioned include wearing of condom, faithfulness to one sex partner, and voluntary testing.