These two men were apprehended by Fox 103 this morning whilst on routine stop and search of suspicious looking individuals. 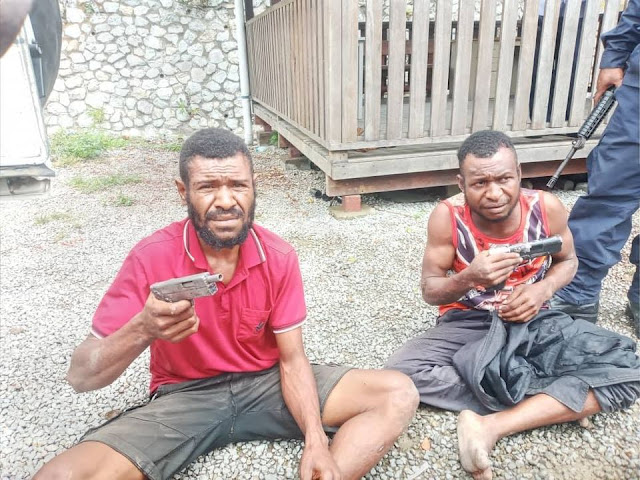 They most likely were to commit a violent crime.

They are currently detained at Badili Police Station where their formal charges are being processed.

2x male suspects apprehended at Sabama opposite Semin Barracks with 2x homemade firearm and a short Bush knife by members of FOX103.. Suspects locked up at Badili holding cells to be processed.