Manase Helps Churches in Kandep with K160,000 to upgrade Buildings 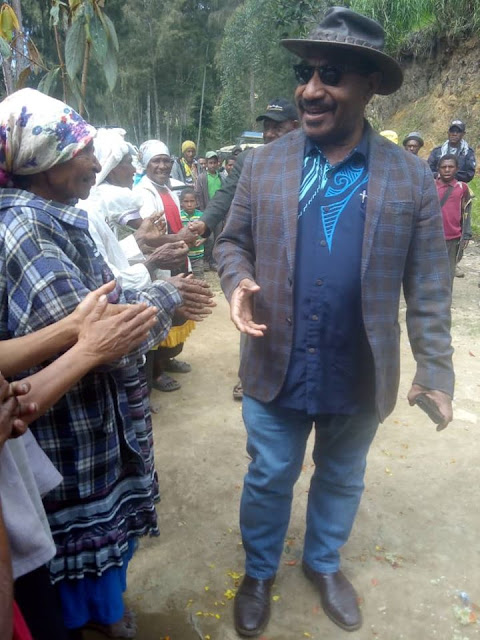 The money was given to replace thatched roofs with roofing iron and complete other semi-permanent buildings.Manase was accompanied by a team from the district development authority (DDA) and Lower Wage and Kandep LLG presidents. They spent the night in the LLG and returned on Sunday.

A few churches that had permanent buildings complained that they were not given any funding.

Manase said the funding was from the MPs district support grant (DSG) discretionary funds and he would not abandon them although his priority was to make sure Christians gathered in a good building to worship the Lord.

“I will look into others. I have started it in the Kandep LLG and now have moved to the Lower Wage LLG.

“This partnership will continue,” he said.

LLG president Tumu Akiala said helping churches was the MPs priority and the best decision made for a partnership work in changing the mindset of the people.

He said many of the churches were built from contributions made by church congregations and for many years they had never received any funding from a local MP.