6/30/2020 Headlines, PNG News
“The Government must set up a Special Parliamentary Committee on Gender Based Violence (GBV) to address all violence faced by women in the country.”
That’s from the Director of Operations for PNG Tribal Foundation Ms Ruth Kissam. 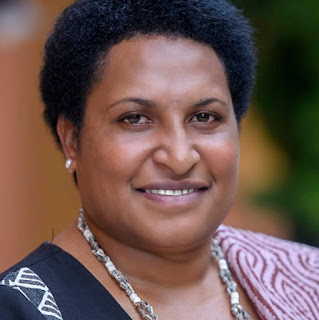 Ms Kissam said, “The late Jenelyn Kennedy’s case is not an isolated case, right across the country there are many GBV Cases which are not coming to light.”
“Incidents that happen in cities and where there is access to information, social media and more, may have light shed on the incidents but that is not the same for other parts of the country.”
She added that in the last two years we have got cases of women that are outstanding , cases that came out on the papers about women who have being tortured and women who have being killed but yet none of their killers are behind bars as we speak.
“One of the major problems we have now that make men feel that they can torture and kill a woman and get away easily. It is the Non-Prosecution and Non-Conviction of most of the outstanding GBV Cases.”
She further stated if the Government is really sorry especially the Prime Minister James Marape then he as the PM who has the power must set up a Special Parliamentary Committee on Gender Based Violence to address all violence faced by women in the country.
“Because women make up 55% of the population and are an essential part of the population.”
“I am calling on Governor Allan Bird to come and Chair this committee, Governor Sasindran Muthuvel, Governor Parkop and Hon Charles Abel to run this committee because these are the leaders who always come out and have spoken openly on GBV and women issues.”
“If we do not have a committee in place to work with NGOs and relevant Government Departments to investigate and put the perpetrators behind bars , men will still kill and get away if they have the money, means and connections because they will pay themselves out.”
Ms Kissam added, “The GBV Strategy that has being sitting there since 2016 needs to be implemented, and is collecting dust at the Department of Community Development while women are dying like dogs on the street.”
She questioned why perpetrators are living their lives and not serving their time in prison, while the deceased victims are rotting in their graves and their poor families grieving their loss.
“This is a Pandemic which is worse than Covid-19 in the country.”
“The numbers are staggeringly high and if we do not address that as of paramount importance, then we have lost the plot as a country.”
PNGFM/ONEPNG
Next :