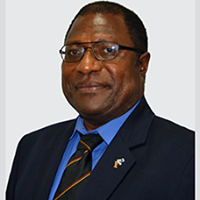 He said they need this funding to pay their service providers mostly the temporary election officials for their service.

Commission Gamato clarified that in the initial stage of the by-election the commission actually made a submission of K6.1 million to the government for the conduct of this election, however, only K2.5million was released to them.

''I am asking the government for additional funding so that we can pay the temporary election workers, and the security allowances and of course the general services providers, like hire cars, you know Menyamya is a difficult place so we need strong vehicles to go in and conduct the by-election,'' said Gamato.

Meantime the Menyamya by-election was successfully completed with the winner being declared this week.