5/09/2020 Business, Headlines, PNG News
The Gaming Industry in Papua New Guinea , which is regulated by the National Gaming Control Board (NGCB) under the Gaming Control Act 2007, has been hit hard by COVID-19 situation after it was shut down in compliance with the State of Emergency (SOE). 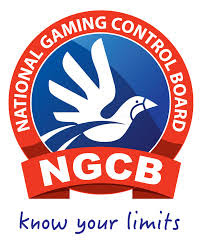 NGCB CEO, Imelda Agon, said the industry generates a revenue of more than K30 million on a monthly basis. Given the 14-day lockdown from 23rd March to 8th April, the National Government through the Board has lost over K7.5 million in revenue collection and will therefore, continue to lose K60 million or more from April to June due to the SOE imposed.

“Despite being categorized as a non- essential service provider under SOE Law No.2, the Board predominantly having a hindsight of the State’s current financial constraints, is confident that NGCB’s contribution can provide the necessary financial assistance vastly needed by the National Government,” said Agon.

“The revenue generated for the last 8 years has been tremendously increased to more than K300 million annually of which 55% of the total revenue is remitted to the National Government’s main purse through IRC tax, 25% to the Gaming Sites, 8% to the Gaming Operators, 7% to Community Benefit Fund and 5% is remitted to NGCB for its operation”.

She said with the plight of the COVID-19 pandemic, the industry stakeholders especially the gaming sites, many of whom are small businesses, have plummeted drastically because they depend on their monthly commissions to be able to pay for their operational expenses such as rentals, staff wages, etc. NGCB has paid the commission for the month of March to the Gaming Sites; however, those Sites that have under-banked will have to remit the gaming revenue for March 2020 before their gaming commissions can be released.

“Since the beginning of the shutdown, NGCB has been inundated with requests for financial assistance from site owners and bookmakers who face threats of eviction from their respective landlords should they fail to pay for their rentals. Additionally, thousands of gaming employees have been laid off due to the SOE with little to no income to sustain themselves and their families at this time”, said Agon.

Due to the very limited funds available for its operations, the NGCB is unable to provide any form of financial support assistance to its stakeholders without a rescue package from the National Government.

Argon said that although, the Gaming industry may not be considered a vital or essential industry in comparison to others, it however has contributed more than K2.0 billion in gaming taxes to the country’s economy since 2007 and provided thousands of average Papua New Guineans with employment, thus contributing to the improvement of their livelihoods.

“Also the Board has never shied away from fulfilling its social responsibility through its Community Benefit Fund ‘Give Back Program’. Over K60 million has been spent on Government-led projects in the last couple of years (2017-2018),” said Agon.

She added that the Board has written a letter to the SOE Controller and the Prime Minister and Minister Responsible for NGCB seeking approval to resume gaming operations under a strict Infectious Disease Prevention Policy designed to address, control and prevent the spread of infectious diseases specially COVID-19 pandemic in gaming sites throughout the country.