4/11/2020 Headlines, PNG News
Papua New Guinea Prime Minister James Marape has dismissed a report by Loop PNG on the alleged misuse of the first K23 million released to the Health Department from the K45 million allocation to address COVID-19 in the country. 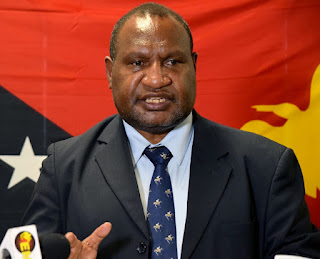 The LOOP PNG report claims Treasurer Ian Ling Stuckey raised concern on the alleged misuse of the K23 million, with the bulk of the funding going towards hire car and media consultants.

But the Prime Minister in the Government’s daily media briefing on Good Friday says the Treasurer was misinterpreted, and warned the  media to report facts.

The Prime Minister provided a detailed report on the K23 million.

Of the K6.1 million kina spent, K4.2 million was given to all the 21 Provinces including the Autonomous Region of Bougainville, each PHA’s receiving K200 000.

K1.5 million was paid to Air Niugini for freight cost in transporting PPEs and medical workers. K150 000 to the Port Moresby General Hospital for an isolation ward, K100 000 to St Johns Ambulances and K2423 to Moore Printing for printing cheque books.

The PM says PNG does not have the luxury of money to spend, hence any money pulled through by the government at this time is to ensure hospitals throughout the country are fully stocked with PPEs and the necessary equipment needed to address the COVID-19 pandemic.