4/23/2020 Headlines, PNG News
Private businesses and companies in Papua New Guinea  have been urged to abide by the State of Emergency orders, to maintain salaries and other terms and conditions of their workers, during the SOE period. 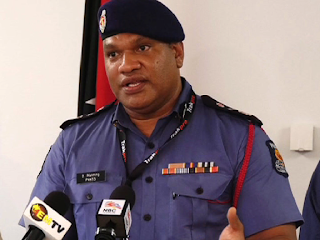 SOE Controller and Police Commissioner David Manning said this after receiving a report from the Department of Labour and Industrial Relations, on behalf of the Tripartite Parties, that an increasing number of people are raising concerns, or are being terminated and laid off, or having their pay cut.

Commissioner Manning said the report stated that some companies have complied, but others are yet to comply with the SOE directives, and the Department of Labour & Industrial Relations is now investigating and advising the companies to comply.

Mr. Manning said under the SOE orders, businesses and companies must not lay off or terminate workers, because of the COVID-19 situation.