3/19/2020 Headlines, PNG News
The Sepik leaders have stood in solidarity to back the West Sepik Provincial Inter-Agency Working Committee to prevent the coronavirus entering their provinces through the PNG/Indonesian border.

The leaders of East and West Sepik provinces today jointly announced funding assistance to enable the Committee in carrying out its Provincial Response Plan and monitoring the border. 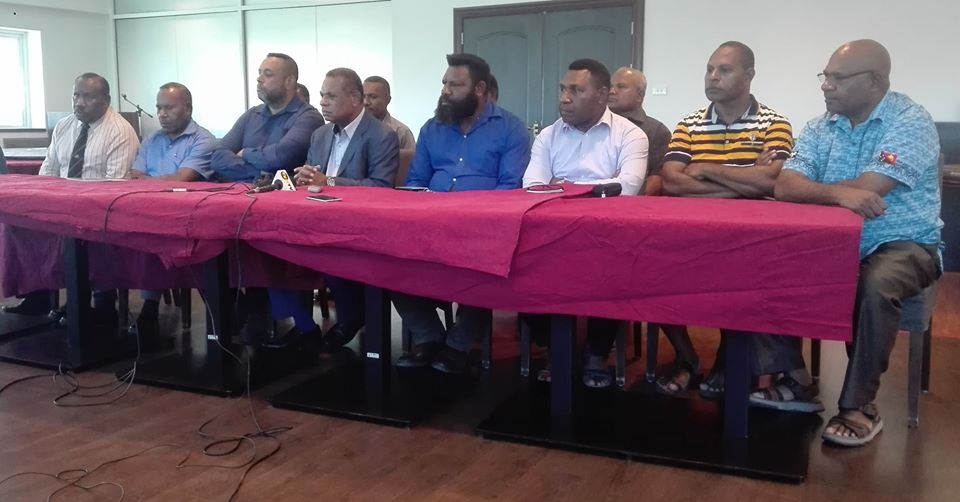 The four Open MPs of West Sepik will be contributing K500 000 each whilst their sister province East Sepik through its Governor Allan Bird has pledged a K500 000 as well.

A trust fund is currently being set up to keep the funds.

The Sepiks share the common border with Indonesia and the likelihood of the disease coming into their provinces is very high.

But Mr Pruaitch said the West Sepik Provincial Government has come up with a structure involving ward members of each ward along the border area to help manage those transit points.

East Sepik Governor Allan Bird said East Sepik formed its own COVID-19 Response Team two months ago but it recognized that when the West Sepik Provincial Government puts a temporary ban on border crossing, people are illegally crossing through the forest and using motorized dinghies into East Sepik as well.

Hence, Governor Bird said they’ve backed West Sepik to see how best they can manage the border as the disease is just an hour away from them on the Indonesian side of the border.