3/23/2020 Headlines, PNG News
ONLY POSITIVE PERSON FLOWN OUT BUT PNG WILL NOT LAX PREVENTIVE MEASURES

Papua New Guineans should not let their guard relaxed now that the ONLY positive person has been evacuated from the country since yesterday. 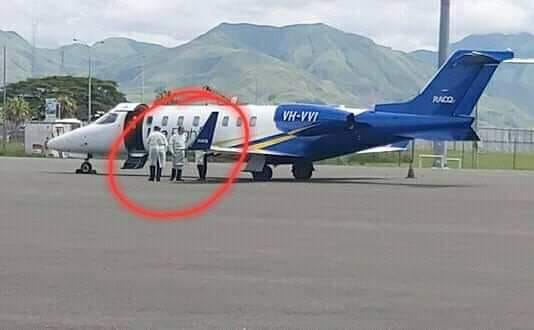 When asked if PNG is free from the virus, Minister Kramer says, although the positive person has been repatriated, PNG preventive measures will not be relaxed.

"Ah, we do not want to say that we are free from the COVID-19 so that people can relax and assume that everything is OK.

"The Marape-Steven government is and will do everything it can to ensure our people are safe from this deadly virus," said Kramer.

Meantime in a media brief this morning, Minister Kramer said health officials are keeping close contact with the person who was seated next to the positive person (in the aircraft) and has found that he is doing well with no symptoms as yet.

Kramer adds, Health officials are also keeping close contact with other people that the mine worker who was tested positive had close contacts with.