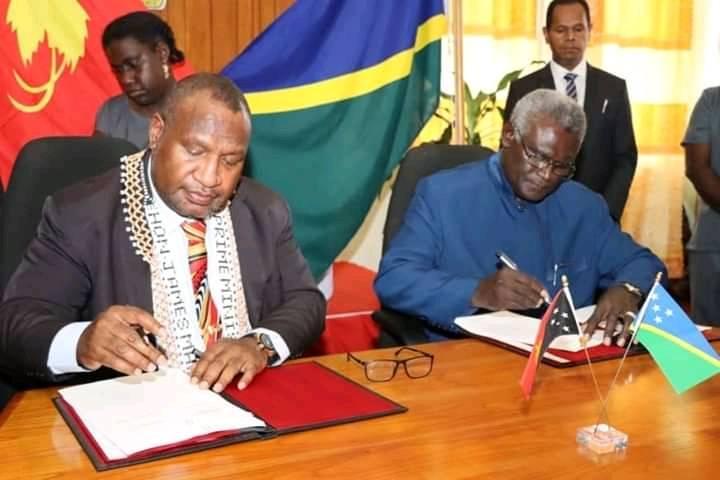 The signing on Friday in Honiara was during Mr Marape's official visit there.

The Framework Treaty Guiding Relations was first signed in 1995 and reviewed in 2004.

The Treaty has now been reviewed for the second time before the signing and guides how both governments can work together.

The Framework Agreement on Development and Economic Cooperation will pave the way for greater sectoral cooperation.

These are in the areas of areas of Agriculture, Air Services, Bilateral Trade Arrangements, Climate Change and Environment, Defence and Security Cooperation, Double Taxation, Education and Human Resource Development, Health and Medical, Investment Promotion Protection, Marine and Fisheries Cooperation, Mining and Energy as well as Tourism and Culture.

Mr Marape said Trade and Investment is important as economic independence will lead to vibrant, happy and peaceful Melanesian region.

The Prime Ministers agreed to an annual Leaders’ Meeting and on the margins of the meeting, the business communities will continue to meet.

Senior officials from both countries were directed by the Leaders to meet soon to review and finalise outstanding economic and social sector agreements including arrangements for 50 scholarships for Solomon Islands students to study annually in tertiary institutions in Papua New Guinea between 2021-2025 and other arrangements.