He arrived in that nation’s capital, Honiara, this afternoon to a red carpet welcome. 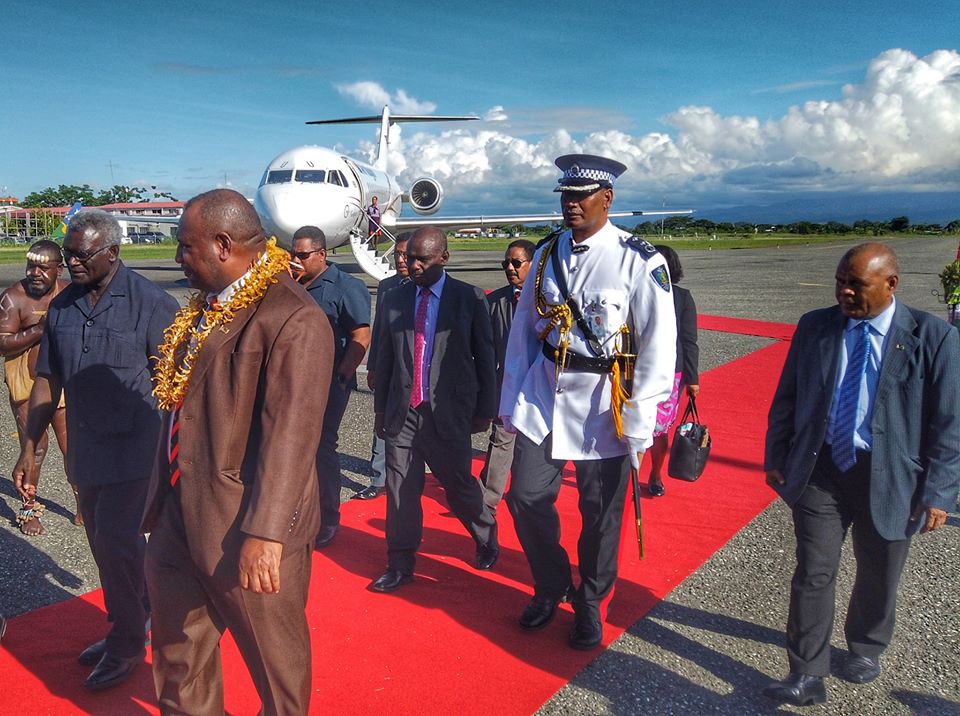 Solomon Islands Prime Minister Manasseh Sogavare, was on hand to welcome Mr Marape and his delegation.

Mr Marape is leading a large business delegation representing Government and private sector, which have businesses in Solomon Islands as well as those wanting to invest there.

The Prime Minister was taken to Government House where he paid a courtesy call on Solomon Islands' Governor-General Sir David Vunagu.

This was followed by a State Dinner in Honiara.

Mr Marape has a meeting with Mr Sogavare tomorrow, followed by the Solomon Islands and PNG Bilateral Meeting, and a Joint Press Conference.

The PNG business delegation will meet with its counterparts from Solomon Islands Chamber of Commerce and Industry.

Mr Marape continues his State Visit and church service with Mr Sogavare on Saturday before returning home to PNG.