The project which will be fully funded by the National Government, will cost the State more than 23 million kina. 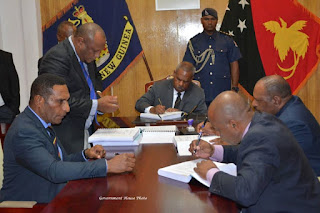 Work on the road is expected to last for 12 months, and it will be undertaken by A Local Company, Construct Oceanic Limited.