1/12/2020 Headlines, PNG News
Papua New Guinea Prime Minister Minister James Marape has farewell a contingent of 100 soldiers and support staff leaving for Australia, as other groups offer to complement PNG’s contribution in battling the bushfires there. 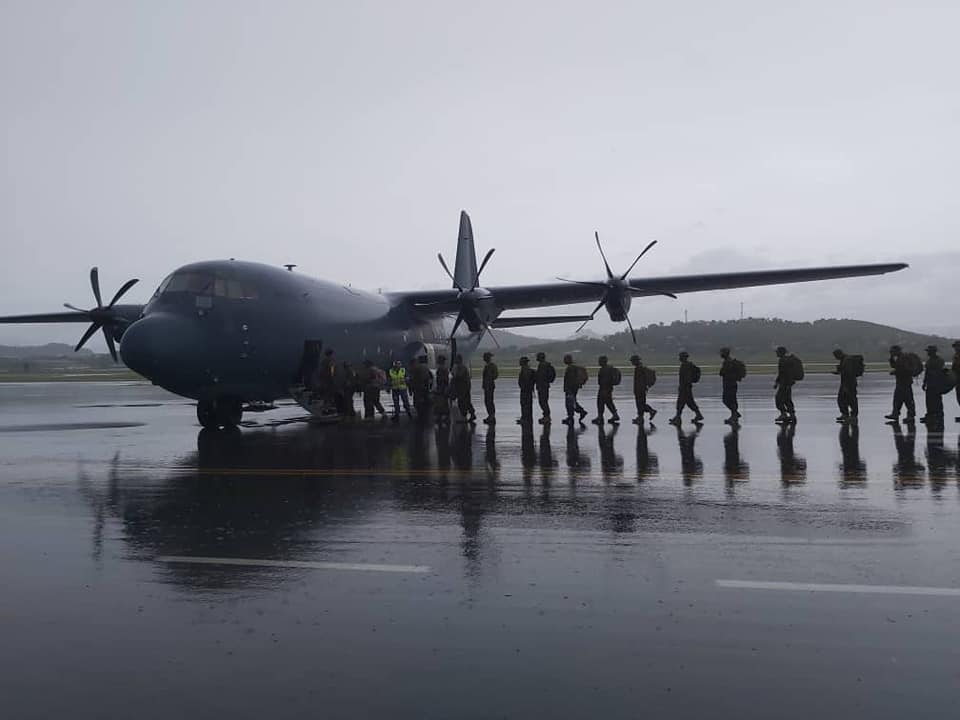 “The Australian government has always been there for us whether in good or bad times. Therefore, to reciprocate, we lend our hands to support them today,” Marape said.
In Lae yesterday, Marape met the 76 members of the Engineering Battalion based at the Igam Barracks who were preparing to leave for Port Moresby on an Australian Hercules aircraft.
Marape told the group in Lae that he would formally send off the contingent codenamed the 17th Kumul Force in Port Moresby today.
They will spend three months conducting “routine clearance tasks” such as the clearing of roads and bridges to allow firefighters to reach fire-ravaged areas.
They  joined  the rest of the contingent based in Port Moresby.
PNG had offered 1,000 personnel to Canberra including members of the National Fire Service and National Volunteer Service.
But Canberra agreed to accept the 100 who left today to clear roads and bridges blocked by fallen trees so firefighters can get to affected areas in rural communities.
Marape said PNG “stands firm to support our closest neighbour since both governments have a strong and very high level bilateral relationship”.
Marape extended his condolences to the families who had lost their loved ones in the disaster.
Meanwhile, other groups and companies have offered their assistance to complement the Government’s contribution.
Air Niugini is on standby to transport free of charge any PNG firefighters to Australia.
A golf tournament is being planned in Port Moresby on Jan 31 to raise funds for the fire appeal.
The month-long East New Britain Australia Bush Fire appeal was opened on Tuesday by Governor Nakikus Konga.
The Divine Word University Alumni Association is also organising activities to help out.
A helicopter company is also offering to send choppers across to Australia if needed.

The National / ONE PNG