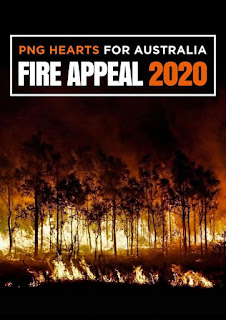 Major contributions of about K5,000 each came from the three Members of Parliament Jacom Building Constructions and the Good Samaritan Foundation.

Other contributions came from Alternative Engineering Services, the Provincial Administrator and Provincial politicians as well as the general public.

The Committee has also planned other fundraising activities, which will be hosted in all 4 Districts and 18 LLGs with all proceeds going towards the appeal.

Meantime, another contribution of 15,000 round logs was made from landowners of the Baining area in the Gazelle district of ENB.