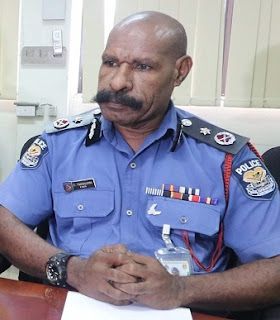 Acting Deputy Police Commissioner Donald Yamasombi said the Commissioner of Police has transferred directives for the Director CID Supt Yangen to take up the post. Milne Bay province has been without a Provincial Police Commander since February when Chief Inspector George Bayagau was replaced with Chief Inspector Michael Tilae when criminal activities in the province was at its peak in the province.

A/DCP Yamasombi said currently Supt Yangen is investigating the case were 10 Chinese nationals were allegedly murdered and burnt in their shop back in 2017.

“His currently the lead investigator working on the case, when he returns, he will take up his post as Milne Bay PPC”, DCP Yamasombi said.