I HAVE issued directives for criminal investigations to be undertaken immediately into allegations revealed by the Public Accounts Committee into the Department of Health.
Basically the Public Accounts Committee has identified criminal culpability on the part of a number of senior Health Department officials so we are in the process of interviewing them.
Whilst the PAC has suspended its inquiry until the new year the Police Force has a moral obligation to the people of PNG to investigate and take immediate appropriate action.
I am grateful to the support given by both the Minister for Health and the Secretary for Health in this regard. We will work closely with them to ensure that justice prevails. 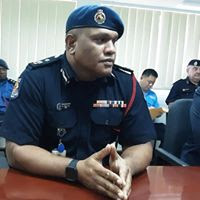 I wish to at this juncture commend the Public Accounts Committee under the leadership of Sir John Pundari and Governor Gary Juffa for the tremendous and excellent work they have done thus far, not only with the inquiry into the Department of Health but other government agencies as well.
I have had meetings with Sir John and his team and have assured him of continued police support and assistance to the PAC.
We understand the process of the Public Accounts Committee inquiries, but where there is sufficient evidence police will on its own volition conduct separate investigations and take appropriate action where necessary.
Going forward, police will work with all relevant and line government departments and agencies including the Office of the Auditor General, the National Procurement Commission and others to ensure that corruption is stopped.
I have established a Special Investigation Team which is currently investigating a number of high profile cases including the 40 cases as alluded to by the former Police Commissioner. These are experienced police investigators who have been brought in from other units to advance these investigations.
The team under the command of Senior Inspector Joel Simatab will have an investigation plan into the Health Department ready before the end of the week with the actual investigation expected to commence Thursday or Friday.
We will provide regular updates of our investigations going forward. It is only proper this is done so that we restore the peoples’ faith in our legal and justice system.
SHARE THIS
Share it Tweet Share it Share it Pin it