TIPNG TO SEND OBSERVERS FOR POLLING ON BOUGAINVILLE

11/19/2019 Headlines, PNG News
Transparency International PNG will be among other organizations and individuals to send its team of observers for polling during the referendum process on Bougainville. 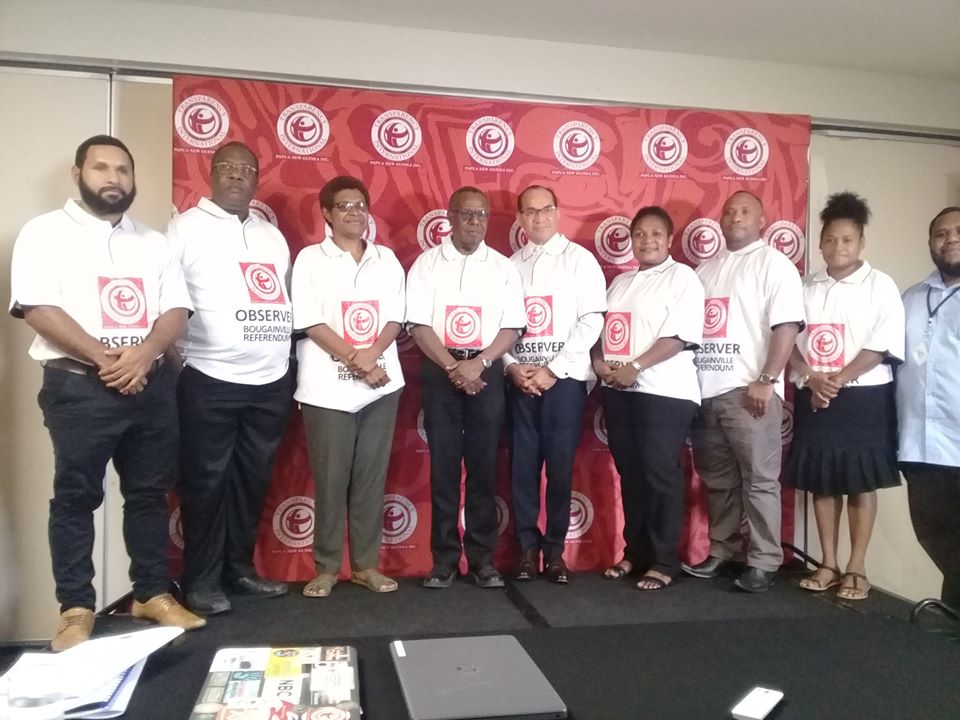 This was made possible with funding from European Union.

From the team of eleven, six will be sent to Buka in North Bougainville while five will be stationed in Arawa in Central Bougainville during the polling week from 25th – 29th November.

TIPNG Deputy Director, Policy & Advocacy Yuambari Haihuie says TIPNG will monitor the conduct of the Referendum polling by officials, as well as the freedom of voters to cast their votes without fear or intimidation.

He says the role of Observers is to provide a critical role in observing if the referendum was transparent.

TIPNG will issue an independent public report next year to the Governments of Papua New Guinea and Bougainiville says Haihuie.

Meantime, TIPNG is urging voters in the referendum to report any cases of corruption to their hotline number 180 6000.