11/01/2019 Headlines, PNG News
Papua New Guinea Opposition leader Belden Namah is calling on Prime Minister James Marape to explain to families of public servants, especially security forces members, who have been killed in the line of duty whether or not he can pay school fees for their children to college level. 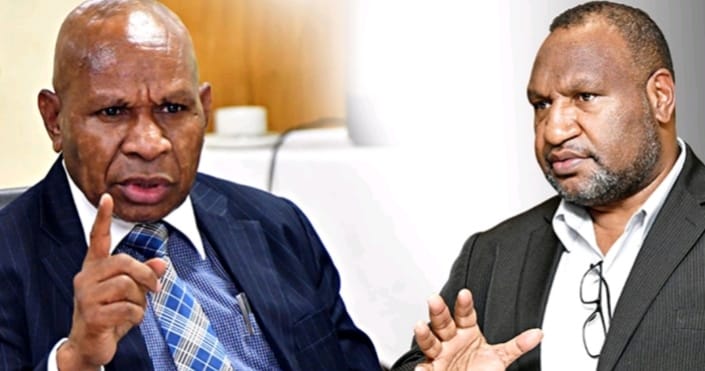 Mr Namah said yesterday that the Prime Minister is on record promising to pay for school fees of the children of a policeman who was gunned down in Hela Province three weeks ago.
“This is no ordinary MP making this statement. He is the Prime Minister and that commitment now becomes a prime ministerial duty. That translates that the children of every civil servant gunned down in the line of duty is eligible for the same kind of benefit,” he said.
“Will the Prime Minister do the same for all the policemen and women and all other civil servants who have been killed in the line of duty and who have left behind wives and children?
“Everyone understands that the killing in Hela is the work of criminals. The Prime Minister does not have to feel responsible or take ownership as he is appearing to be.
“But now he has made that commitment, he will have to explain whether or not he can extend the same benefit to families of all civil servants who have been killed
“He must also explain to the family of the late policeman whether this commitment extends beyond the time Mr Marape is a politician. He has promised to pay school fees to college level so is he paying a lump sum upfront for each school year.”
Mr Namah said Mr Marape cannot hide behind clever rhetoric.
“It is clear the Prime Minister is confused and indecisive. It does not matter whether the killers are from Tari or anywhere else. They are criminals. They have to be treated as such. There is no need for the Prime Minister to lower himself to the level of the criminals and apologise to take responsibility to pay school fees,” he said.
“Mr Marape is demeaning and belittling the Office of the Prime Minister in getting himself personally involved. If he is unable to see his role clearly then he should do the decent thing and step down.”
The PM is out in the rural district of Tewae-Siassi and cannot be reached for comments.