A first investigation was conducted by the Conservation Environment and Protection Authority, and the second by an Oil Spill consultant from Switzerland engaged by the Madang Provincial Government. 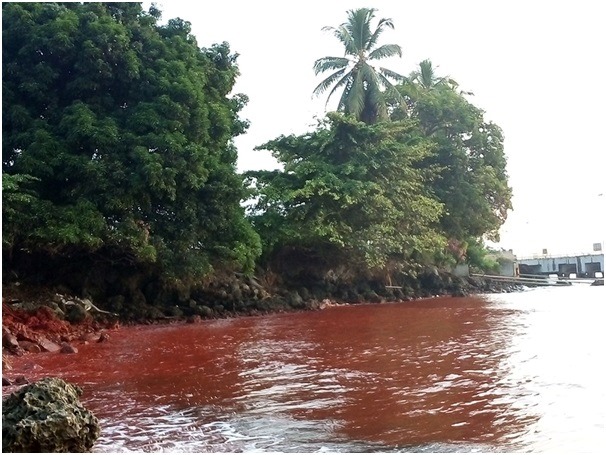 Prime Minister James Marape recently announced in Parliament, a third investigation team will be put together headed by Deputy Prime Minister Davis-Steven to look further into the spill.

Up until today, the locals are left in the dark, as to what has become of this team and what their next course of action will be.

Local, Thomas Warr told NBC News from Madang, this is a very serious issue and must not be taken lightly by the Government as the people have stopped fishing and swimming- an exercise that has severely impacted on their daily livelihoods.

“We are scattered along the coast – it’s not one small village only affected therefore if anything happens at Basamuk, we all have no control over it.

“So something must be done immediately to address this.

“There must be some kind of compensation or something to keep the locals going while awaiting further reports,” Mr. Warr said.

Meantime, there is a lot of confusion and anxiety amongst the locals in the Raicoast and Madang districts following reports of the re-opening of the Ramu Nickel Mine by the Mineral Resources Authority recently.

Mr. Thomas Warr said though being given the green light to go ahead and fish and swim again, they have not done so and that they have completely lost trust in the Government departments supposed to protect the people and environment.

Mr. Warr said the villagers have been given conflicting advice from these different Government organizations involved in the investigations into the mine spill in August.

A 200-000 litres of toxic slurry had spilled into the sea, from the Ramu Nickel Mine's Basamuk processing plant causing the sea color to change and allegedly contributing to the death of marine creatures a month later.

Approximately 30-000 people from the immediate areas of Astrolabe Bay to the border of Morobe are estimated to be impacted by this spill and the ultimate ban on fish consumption.