10/29/2019 Economy, Featured, Headlines, PNG News
Statement by Former PM Peter O'Neill
Papua New Guineas new Treasurer has again demonstrated that he has no new economic policies, just the policies of the former Government, and is going around the world the big-noting himself for his own perceived glory. 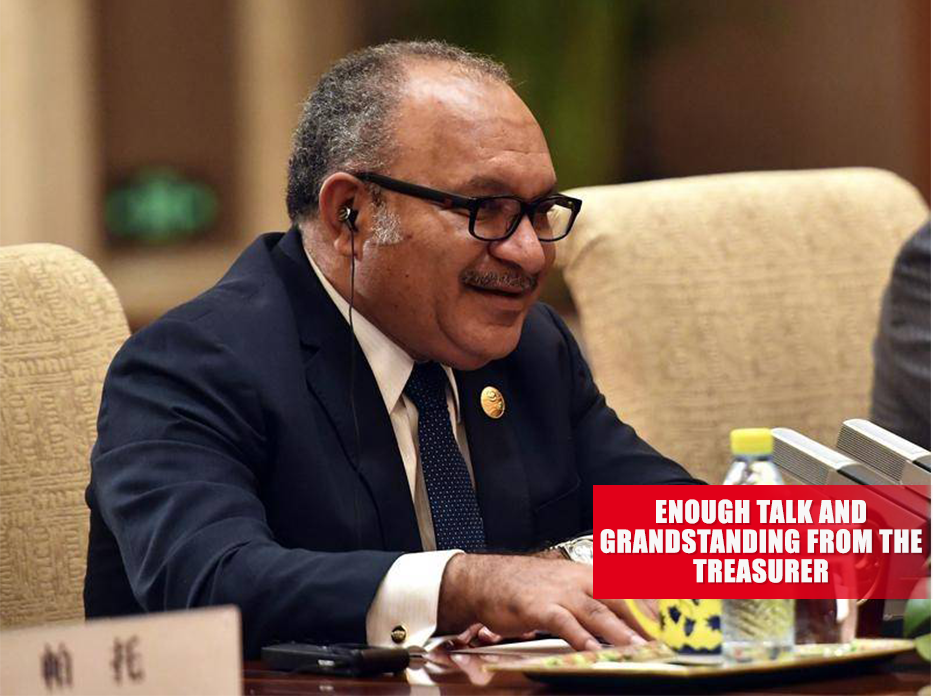 The country has had enough of this travel to the United States, the Philippines and other countries just to talk. After the recent few months of dramatic decline in our economy, the people of this country and all of our investment partners want action.

A Treasurer builds confidence by bringing investment into the economy, not forcing it away as we are seeing currently. Business confidence has hit a serious low in recent months as projects have been put on hold and the flow-on effect is that local businesses is laying off staff.

The new Treasurer needs to stop falsifying figures relating to the budget deficit in his illegal supplementary budget, and stop talking down the economy with organizations such as Moody’s for no other reason but political point scoring.

The economy he inherited did have strong fundamentals, but has since gone into decline as a result of indecision and confusion. He needs to get on with the job of strengthening the economy, not just for his own political gain but for welfare of the men, women and children of this country.

This Treasurer must address foreign exchange issues and announce the measures he will put in place to make currency more readily available. He must state policy direction and make decisions that are in the interests of the economy and how our economy will continue to be managed in the face of global economic uncertainty.

The time for the blame game from the Treasurer and his Australian advisors has passed, and it is incumbent upon him to now make decisions that will strengthen and stabilize the economy.