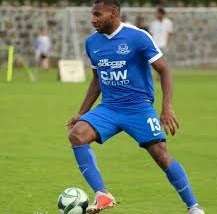 He beat off a strong challenge from Marc Evans of Mellville United FC who could only manage 18 goals.

Kings FC of Solomon Islands were first to send a congratulatory message to Semmy saying he is a born deadly striker and they're not surprised.

He played for Kings FC in 2017 and collected the golden boot award ahead of star Solomon Islands players in their local competition in Honiara.

Semmy had a three weeks stint with Wellington Phoenix FC, however he couldn't make the cut and returned to the Wanderers and scooped up the golden boot award.