FM100 news enquired with PNG Immigration and Citizenship Authority (ICA) regarding the identity of the service provider but the authority indicated that due to legal reasons, that information cannot be disclosed. 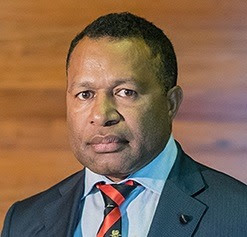 The decision to cease foreign contracts and end regional processing, according to the Minister, has been a key achievement of the Marape Government in the first 100 days in office.

Minister Petrus Thomas was pleased to advise that under his guidance, the PNG Immigration and Citizenship Authority (ICA) is delivering on the Prime Minister’s direction to end the processing of persons in Manus Province.

The contract of the lead Australian service provider has now been terminated.

Minister Thomas is confident the PNG community will agree that there is no reason services delivered to people in PNG cannot be done by a PNG company – and the government is ensuring that is exactly what happens’.

There are now only 64persons in Manus and 280 refugees have departed to the US–there are less than 200 refugees not engaged in settlement.

Under the newly announced arrangements to allow refugees to transfer to Port Moresby, they will be supported to either await their resettlement to the United States or supported to make the personal decisions regarding their future.

Importantly, refugees will have a visa and be free to move around the country and will be subject to all the same laws as every other person in the country.

Minister Thomas says in the mean time,, the re-purposing of the East Lorengau Refugee Transit Centre also provides the opportunity for a dedicated education facility for the Manus community’.