8/16/2019 Headlines, PNG News
Papua New Guinea is among other Pacific island countries acknowledging that 'climate change is a crisis' in the Region.

Prime Minister James Marape who left Tuvalu today following the conclusion of the 50th Pacific Islands Forum, says he is deeply concerned about the effect of climate change as it is also affecting many small islands of PNG, especially the Carteret Islands. 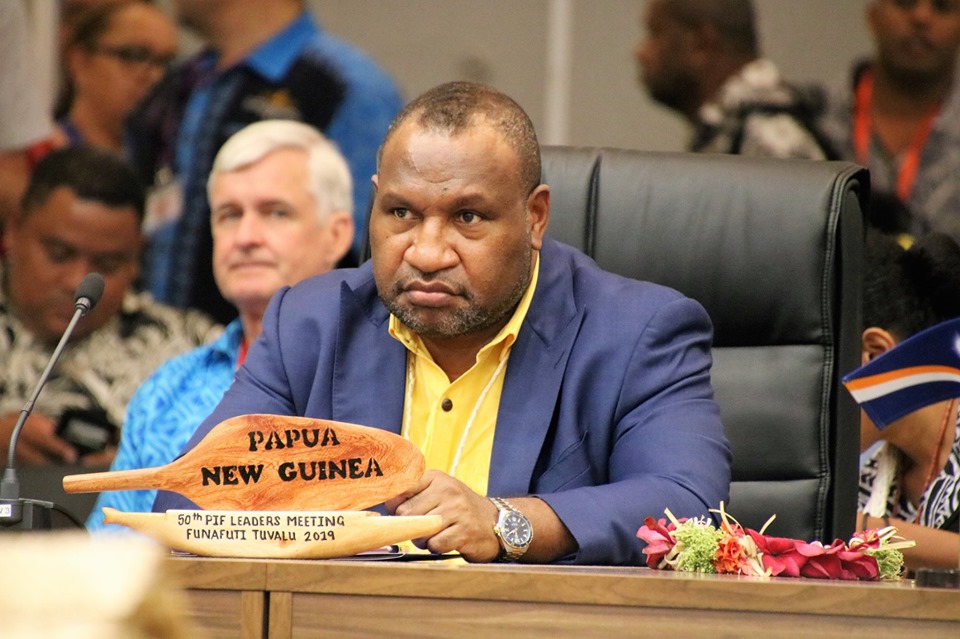 Mr. Marape said he will be vocal about that when he attends the United Nations General Assembly meeting in September this year.

“PNG whilst we may seem to be the biggest country in the Pacific with the biggest land mass and many may make inference that we are not susceptible to climate change, but I have over six hundred small islands in my country and they are being totally exposed to this changing weather patterns and rising sea levels.

For instance, the Carteret Islands was among the first to be known globally as being affected by the sea level rise.

“Australia put to the table their fulfillment in regards to what they commit in as far as the Paris Agreement is concerned and I note substantial effort made by Australia to stick to the intention of Paris Agreement,” Mr. Marape said.

Climate Change which was among the top agendas for the annual meeting, saw Australia and New Zealand not so keen with the 'Climate change crisis' wording in the final communique, which has resulted in most of the Pacific countries being left largely disappointed.

Despite this, the Small Island States of Cook Islands, the Federated States of Micronesia, Kiribati, Marshall Islands, Nauru, Niue, Palau and Tuvalu have drafted a separate Kainaki II declaration for urgent climate change action - one that is more strongly worded on the calls to limit global warming as opposed to the Tuvalu declaration.

The forum saw eighteen island countries including Australia and New Zealand attending from the 13th-16th August.