In the recent days, there was a post on Facebook, Breaking News page, that current Chief Secretary to government Issac Lupari was replaced with current APEC Ambassador Ivan Pomaleu. Mr. Pomaleo is a very influential person in the APEC Policy Division. 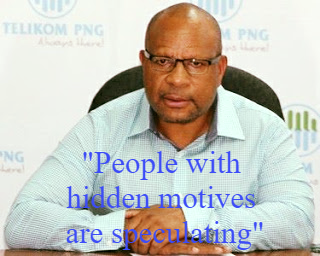 However, Public Service Minister Westly Nukundj in a statement refuted the claims, clarifying that there were no changes being made to that important position. And he cautioned Papua New Guineans to be responsible in using Social Media.

Meantime, Chief Secretary Issac Lupari had told NBC News earlier that such rumors on his position are done by desperate people with hidden motives.

Lupari had further said, he was appointed on merit and those who wish to take over his position must come through the proper appointment process and not through false social media posts which tarnish his reputations.