114 CS recruits today graduated under light shower conditions before a packed crowd of family members, friends, heads of disciplinary institutions, government commissions heads and a handful of MPs including the former and current CS Ministers at the Bomana Correctional Service Training College in Port Moresby. 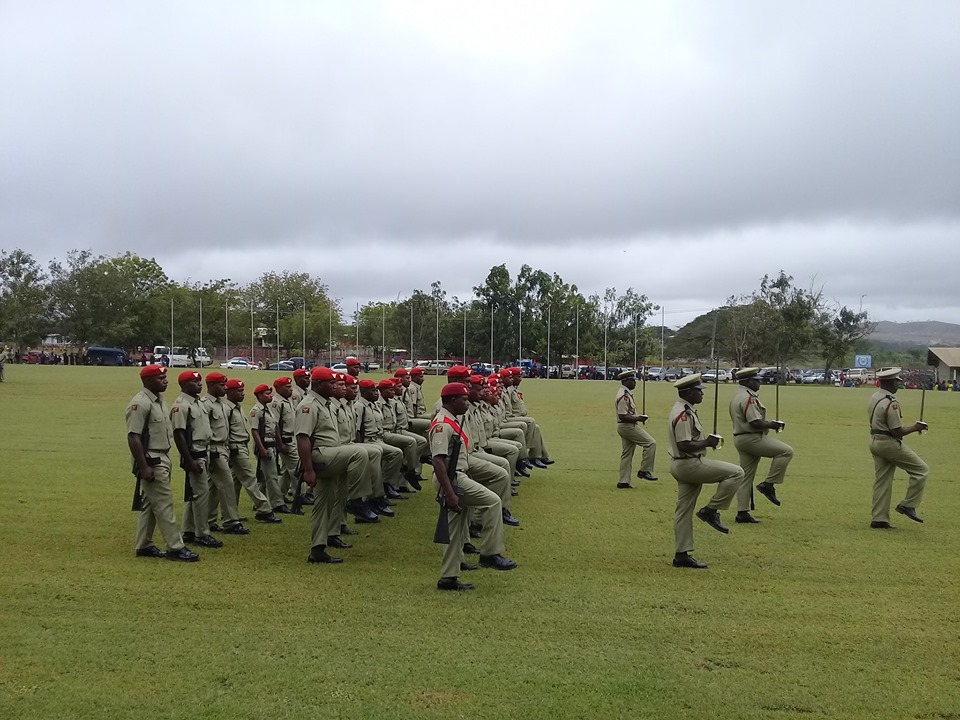 Also joining the recruits pass out were nine CS officers cadet who were commissioned.

The recruits pass out was the first for the year and sees 25 females and 89 males graduating while the 9 commissioning cadets consists of one female and eight males.

Bomana Training College Commandant Chief Superintendant Haraha Kiddy Keko said Bomana CS Training College has been struggling through obstacles but has successfully established good partnership with several government and NGO institutions to create a learning and vibrant environment for the continuing and new officers to train and also upskill and enhance their capacity in discharging their duties.

He said this graduation is the benchmark of what has been done as they progress into the future.

Acting CS Commissioner Stephen Pokanis said the CS Department is planning for the creation of several rural lock-ups in the country and with the recent recruits, this will greatly help in achieving this plan.

Mr Pokanis said he is confident the officers will perform to standards and added that ill discipline is the only thing that will make them have minimal chances of continuing in this career.

CS Minister Chris Nangoi who made his first inaugural graduation visit today congratulated and challenged the new and commissioned officers while outlining his plan and vision for the department in line with the Government slogan of "Taking Back PNG and Prime Minister James Marape’s statement on “Making PNG the Richest Black Christian Nation.”

Minister Nangoi in his keynote address said with the current number of CS officers nationwide at 1408, they need to have 2000 by 2020 to meet the demand as the department will establish several rural lock-ups in the coming months.

Minister Nangoi mentioned the establishment of Bogia, Menyamya, Kabwum, Baiyer and Balimo Rural lock-ups which will call for a need for more manpower.

He added that the setback for that is the issue of accommodation hence he has held talks with the Prime Minister to allocate a separate funding for the cause.

Minister Nangoi further acknowledged the ongoing issues within the department particularly aging and deteriorating infrastructure and assures that he has been deliberating on it and has a plan to address this.

He also says he will ensure retired CS officers are entitled to pension at the end of their career as CS like the PNGDF and RPNGC are state disciplinary institutions, and he will submit this to the cabinet in due time for endorsement.

Minister Nangoi also added on his plan to have CS Institutions become more self sustainable in terms of catering, utilizing inmates for construction of facilities and awareness drive programs in the communities throughout the country.

The recent 114 recruits will all be posted to different CS Institutions throughout the country except Bomana CS.


GPS, Cameras to be installed in Police Cars in PNG