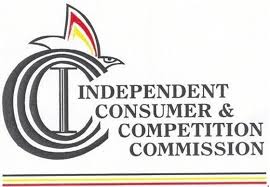 The ICCC is proposing this decision after assessing Air Niugini’s application and concluded that the POM/MNL route is already competitive; and introducing of this proposed code- share will stifle the current level of competition and reduce the current levels of benefits realized by the travelling public.

Commissioner and Chief Executive Officer, Paulus Ain said that the free sale code-share arrangement is not very competitive and hence, it will lessen the level of competition in the market.

Commissioner Ain says the ICCC considers that in the present circumstances, it is better to have Air Niugini and Philippine Airlines to continue to operate independently on the Port Moresby and Manila route.

Consistent with its draft determination which was released on 11th July, 2019, the ICCC considered that, if the parties proceed with the code-share arrangement, the benefits resulting from this will not outweigh the benefits realized currently while the two airlines operate independently.

Commissioner Ain said that with comments received from stakeholders and submissions from the parties, the ICCC assessed the application and is not satisfied that the code-share services, if authorized, would result in more benefits to the public. FM100/ONE PNG