5/25/2019 Featured, Headlines, PNG News
PORT MORESBY: City dwellers, diplomatic corps and business houses have been assured the city is already covered by closed-circuit television (CCTV) which can improve safety and security to higher standards and reduce crimes by 80 percent.

National Capital District Governor, Powes Parkop confidently gave the assurance after being briefed about the capacity of the Royal PNG Constabulary-owned CCTV Control Centre at the Oakley Haus in Hohola, one of the legacies of APEC Leaders’ Summit. 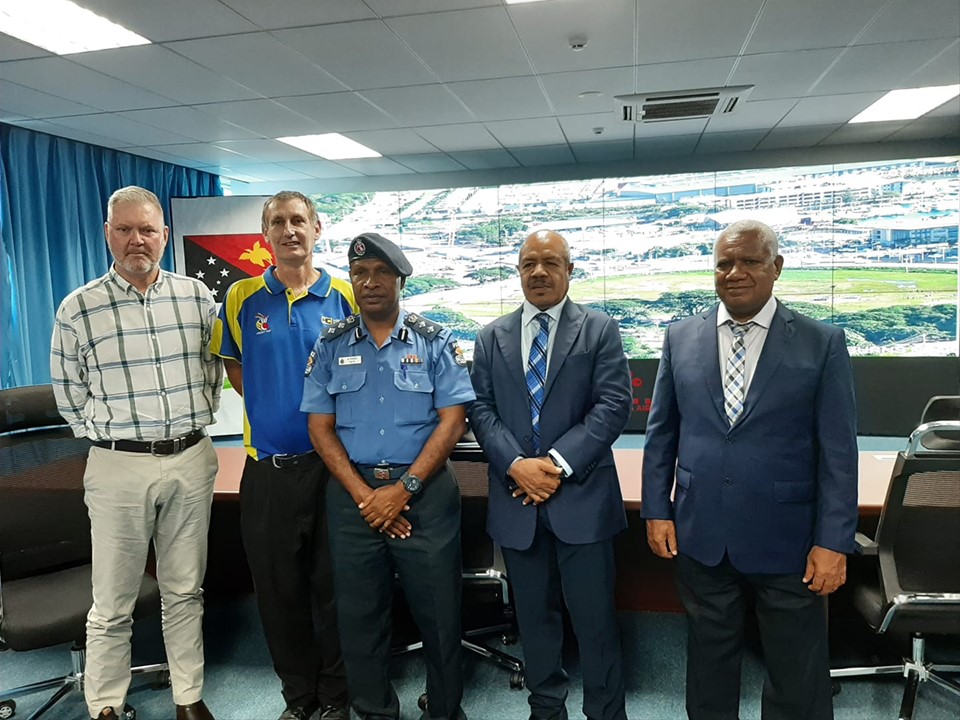 “Our city is already covered by CCTV. It is almost 100 percent. It can go very local and specific. It can get images of individuals. This setup cost us K42 million,” he told reporters after the briefing with the police on Friday, May 24, 2019.

He said the long range cameras can track down activities at roundabouts and even markets, citing petty crime hotspots like Badili, 2-Mile, Koki, Gordons and others.

Governor Parkop said the Commission’s areas of concern are betelnut vending and spittle, and graffiti amongst others, whilst the Central and Metropolitan Command’s are bigger crimes.

He is warning parents to take responsibility over their children who are engaged in vandalising private and public properties with spray paints as they will be caught using the CCTV capabilities.

Parkop also extended the warning to street and betelnut vendors and chewers, saying once the magisterial stream and police prosecution unit are dedicated to the Commission, they will be prosecuted.

He urged them to change their behaviour to be on the safe side.

He thanked the APEC Secretariat for handing over the facility to the police so that NCDC reservists can work in collaboration with them to clamp down criminals and illegal vendors.

Parkop continued that it worked well for many cities around the world and that he is reaffirmed that everything done in the city will be under the watch of CCTV.

Despite the challenges, he further stated that the facility is being worked on to full capacity.

He also thanked the Metropolitan Superintendent, Perou N’Dranou and the Police Commissioner Gary Baki for working with the Commission now after four years of futile attempts.

Mr N’Dranou said now that they have the system in place, they need to work together.

“Our communication operation from Boroko was here one week. The general public can call us now on 3249900 to report crimes or any other offences committed in the city. I am grateful our governor and the Commission are working with us to address security and safety in the city.
SHARE THIS
Share it Tweet Share it Share it Pin it