4/25/2019 Headlines, World News
Chinese President Xi Jinping said on Thursday that China does not have private interests in the Pacific Island countries and will not seek the so-called "spheres of influence" there. 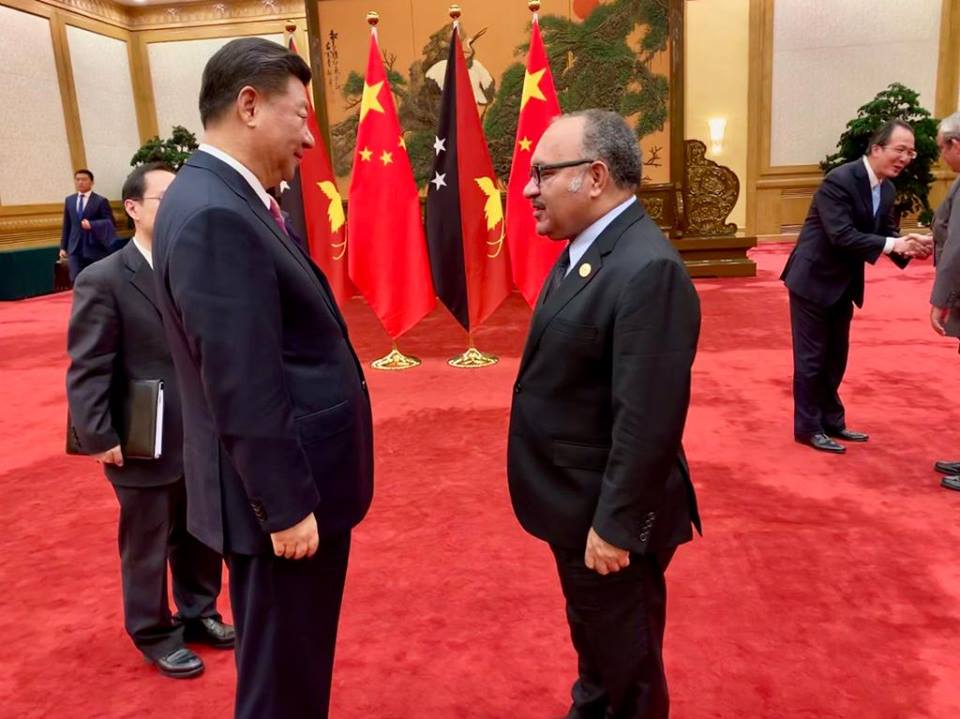 President Xi made the remarks during a meeting with Prime Minister of Papua New Guinea Peter O'Neill, who is in Beijing for the Second Belt and Road Forum (BRF) for International Cooperation April 25-27.

China will always be a reliable friend and partner of the Pacific Island countries, Xi stressed.

O'Neill said the Belt and Road Initiative (BRI) proposed by Xi is an important contribution to the international community, adding that the BRI has brought important development opportunities to the Pacific Island countries.

Papua New Guinea is willing to strengthen cooperation with China under the framework of the BRI, he noted.