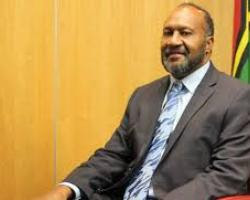 Vanuatu's prime minister Charlot Salwai has defeated a motion of no confidence in his leadership.

Earlier, the opposition leader Ishmael Kalsakau cited reasons for the motion, which mainly related to what he described as an irresponsible 2019 appropriation bill.

The speaker of parliament, Esmon Saimon, expressed disapproval that parliament tabled 25 bills over the last two sessions, but succeeded in passing only three.

He described obstruction of the legislative agenda as a waste of public money.

However, legislation passed this month by the government changes rules on how such motions are advanced.

These rules now require that all signers of a motion must sign all at once, in the Speaker's office, and in his presence.