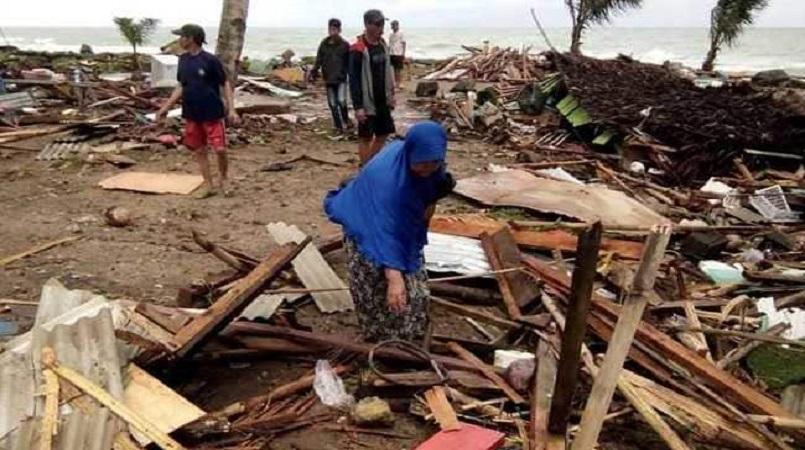 Coastal residents near Indonesia's Anak Krakatau volcano have been warned to keep away from beaches amid fears it could trigger a new tsunami.

On Saturday, giant waves crashed into coastal towns on the islands of Sumatra and Java, killing at least 222 people and injuring 843.

It is thought that volcanic activity set off undersea landslides which in turn generated the killer waves.

Video shot from a charter plane captured the magnitude of the event in the Sunda Strait, between Sumatra and Java.

President Joko Widodo has expressed his sorrow for the victims and urged people to be patient.

Rescue efforts are being hampered by blocked roads but heavy lifting equipment is being transported to badly hit areas to help search for victims.