Public Servants in PNG to get bigger pay package

9/05/2018 Headlines, PNG News
Public Servants throughout the country  can expect more in their pay packets this month as the Papua New Guinea Government continues to pay a 3 per cent cost of living adjustment.
The payment is being made in stages and backdated to January last year. Different groups of civil servants are being paid at different times.
The first were the teachers. After the disciplined forces, will be the health workers, then the rest of the public servants. 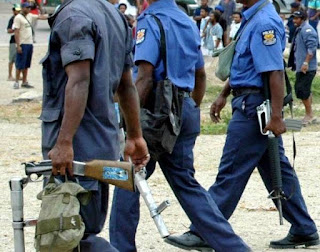 PNG Public Service Minister Elias Kapavore told PNG medial that the payout to members of the disciplined forces should start next week for the next four fortnights.
“I want to acknowledge the Government that despite economic challenges we are faced with, it has committed more than K200 million to ensure that we make these payments. We have up to 117,000 public servants paid through the government human resources Alesco system managed by the Department of Personal Management and the Department of Finance.
“The teachers were first because they comprise the largest number of public servants. They were actually given the first preference to be paid,” he said.
Kapavore said the teachers were paid over six consecutive fortnights.
“The last (for teachers) was Pay 17,” he said. From Pay 18, members of the disciplined forces would receive their increments, which will continue for the next six fortnights.
“That’s how the system is configured to make the payments to public servants,” Kapavore said.
“All these payments (pay adjustments) are expected to be completed by the middle of next year. The Government will then put the appropriation for 2019 in the budget proper. I’m generally satisfied.”
SHARE THIS
Share it Tweet Share it Share it Pin it