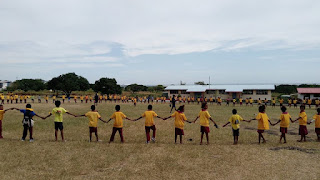 The PNG Institute of Medical Research health surveillance systems show that Papua New Guinea still has a high child mortality rate despite attempts in the past decades to decrease it.
The institute’s scientific officer Rebecca Emori said child mortality continued to be a global health concern despite international and national commitments to address it. Emori said the United Nation millennium development goal had aimed to reduce child mortality by two-thirds between 1990 and 2015. But PNG missed that target.
In 2015, the United Nations adopted 17 sustainable development goals to end preventable death of new-borns and children under five by 2030.
“The PNG Government is a signatory to the commitment,” Emori said. Emori said Papua New Guinea had developed a comprehensive child health policy to address child mortality issues.
“However, Papua New Guinea needs reliable data to track the country’s progress towards the international and national targets set,” she said.
Emori said the government had invested in the institute’s health surveillance system, with the aim of providing data that could be used by the Government for better health planning and monitoring.
In January, the Department of National Planning and Monitoring provided financial support to sustain the institute’s health surveillance system.
“The surveillance areas we have done researches on child mortality rates were Karkar Island in Madang, Hiri in Central, Asaro in Eastern Highlands and Hides in Hela.” The National/ONEPNG