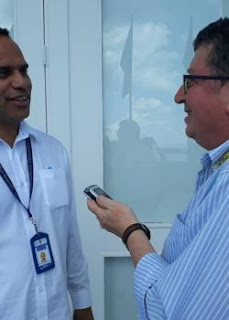 Despite the lack of formal endorsement from this week’s Pacific Island Forum in Nauru, Vanuatu will continue an initiative to have West Papua re-listed as a non-self-governing territory at the United Nations.

Vanuatu has asked Forum member states to support a proposed resolution to the United Nations General Assembly in 2019, to recognise the right of West Papuan self-determination and relist West Papua with the UN Special Committee on Decolonisation.

Forum states like Nauru, Solomon Islands and Tuvalu backed a similar initiative in 2013, which saw French Polynesia re-listed with the UN Special Committee in the face of French opposition at the UN General Assembly.

Speaking to Islands Business and Pacnews in Yaren this week, Vanuatu Foreign Minister Ralph Regenvanu said: “We didn’t come to the Forum with the intention to have a resolution, because we know we won’t get it. All we are doing is bring it to the attention of the members and ask them for their support. So far there are indications that we will get the support of the majority of Forum members.”

In recent years, the umbrella group United Liberation Movement of West Papua (ULMWP) has been seeking membership and support from regional and international bodies. Lora Lini, the daughter of Vanuatu’s first Prime Minister, the late Father Walter Lini, has been appointed as Special Envoy on Decolonisation of West Papua to the Pacific Island States.

ULMWP spokesperson Jacob Rumbiak, who attended the Nauru Forum alongside ULM President Benny Wenda, said: “This motion enables Pacific-island leaders to acknowledge that the conflict between Jakarta and West Papuans is an international political issue - not an internal domestic problem - that can now only be resolved with third-party negotiation (the United Nations).”

Within the Melanesian Spearhead Group, Papua New Guinea and Fiji have resisted the push to make the ULMWP a full member, while Vanuatu and the FLNKS have backed the idea. Former Solomon Islands Prime Minister Manasseh Sogavare was a vocal supporter of West Papuan self-determination, but under the new government of Prime Minister Rick Houenipwela, the country has taken a more measured diplomatic stand since last year.

Despite this, Regenvanu said that this issue was still a matter of dialogue rather than division with other MSG and Forum members: “We continue to talk with them all the time. We respect their positions. We are simply asking other Pacific states to support that resolution when it comes to the UNGA next year. We are working on putting together that resolution to the UNGA in 2019 and getting a vote of majority support.”

Given longstanding reservations from Australia, Papua New Guinea and Fiji, the Vanuatu government is looking beyond the islands region for support. Regenvanu noted that support will come from Europe, the Non-Aligned Movement and other international groupings.

“The Pacific will represent some of the votes, but most of the votes will come from outside the region, so we are working on all fronts to try and get those votes secured,” he said. “There are signs of support from the African, Caribbean and Pacific (ACP) group. We had a series of bilaterals at Lome earlier this year. It’s now on the agenda of the ACP political sub-committee to discuss and hopefully come up with a resolution at the ACP in December this year – at the Council of Ministers meeting.”

Regenvanu noted: “We’re also on the agenda of the Caricom Foreign Affairs Ministers meeting and the African Union Summit. We are now approaching Latin American States and the European Union.”

In their final communique from Nauru, Forum leaders re-iterated their longstanding recognition of Indonesian sovereignty over West Papua (Papua), and avoided any reference to the right to self-determination: “Leaders recognised the constructive engagement by Forum countries with Indonesia with respect to elections and human rights in West Papua (Papua) and to continue dialogue in an open and constructive manner.”

But the issue of self-determination will continue on the regional agenda. At the end of the 20-year transition under the Noumea Accord, New Caledonia will hold a referendum on self-determination on 4 November. In the case of a no vote, two

As reported in the August edition of Islands Business magazine, a ‘No’ vote in November is just a step in an ongoing process under the Noumea Accord. Daniel Goa, the official spokesperson for the Front de Liberation Nationale Kanak et Socialiste (FLNKS) said

Parallel to this, Bougainville is also scheduled to hold a referendum on its political status, proposed for 2019, despite a lack of support for independence in the PNG Parliament.

Next year’s Forum will be held in Tuvalu, which has provided diplomatic support for West Papua and the 2013 re-inscription of French Polynesia. The 2020 Forum will be hosted by Vanuatu, so the issue of self-determination in Melanesia will continue to be debated.