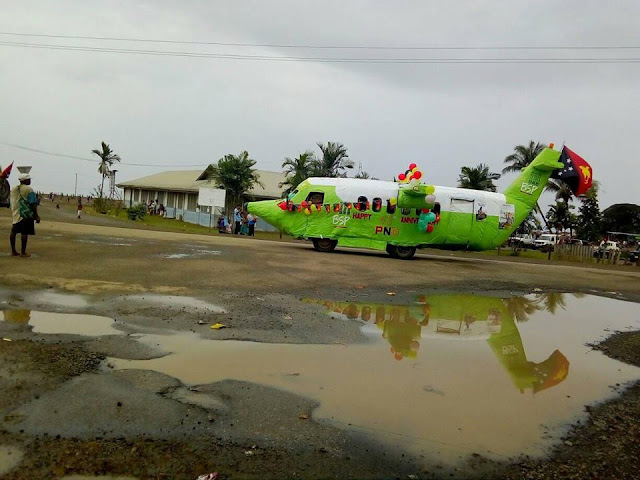 This is a photo posted by George Taudemo via Social Media about a plane built in Milne Bay. Innovative thinking where some people in Alotau, Milne Bay Province built a  Bank South Pacific (BSP) Plane to mark the 43rd Independence of Papua New Guinea. However, the plane could not make it to the skies but was a road worthy and was driven around in Alotau during independence day.