8/30/2018 PNG News
PNG Public Service Minister, Elias Kapavore says, there will be NO more acting positions within the public service. 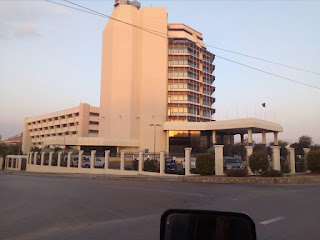 Minister Kapavore directed the senior management team of the department of Personnel Management, to fast track the process in ensuring ALL ACTING positions are made permanent.
The new minister issued the direction after learning that many senior career officers and departmental heads are still acting in their positions for years.
"Some appointments of Provincial Administrators have gone on for years, and East New Britain Province is one of them.
"When the PA is acting everyone down the line is acting. You'll have all the CEO's acting, sectional heads acting, heath coordinators acting, education coordinators are also acting, and when they do this, somebody is missing out on some core services they are supposed to receive at the district level.
"This affects everybody, when everyone is concerned about service delivery.
"So please, if you can come up with a system so we can get this permanent appointments done within a period of 3 months and not more than 6 months, that would be very good."
NBC News / PNG Today
SHARE THIS
Share it Tweet Share it Share it Pin it