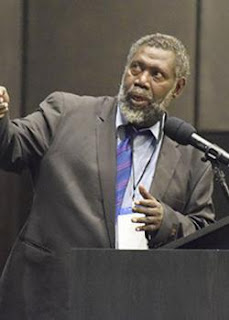 An Autonomous Bougainville Government MP wants the Australian government to replace its advisers with medical officers and teachers in preparation for next year’s referendum.

Selau MP Joseph Watawi said with the referendum only nine months away, Bougainville needed doctors, nurses, teachers and engineers rather than political advisers.

He said this Wednesday when criticising Australia for political interference in Bougainville’s domestic affairs in the lead-up to the referendum.

“Without consultation, the Australian government has set advisers in all of our political offices whilst making only verbal efforts to actually help the people here,” Selau said.

“In the past 10 years, we Bougainvilleans have put a lot of work into the reconciliation process amongst our various factions and language groups.

“Australia, as one of the key causes of the war, has been noticeably absent from this process.”

Watawi said if Australia was genuine about rebuilding its relationship with Bougainville “they need to send us useful people like nurses, doctors, teachers engineers, etc, not bureaucrats”.

He said New Zealand had done more work in rebuilding Bougainville after the crisis than Australian.

“New Zealand has slowly and carefully, with great cultural awareness, built the Bougainville police force and law-and-justice sector since the signing of the peace agreement in 2001,” Watawi said.

“The result of which is that New Zealand is a trusted and respected international partner and member of our community,” he said.