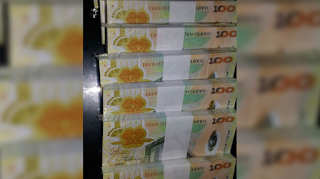 Bank of PNG announced in its 2018 March quarter economic report that the country’s foreign exchange inflows have improved significantly.

The BPNG attributed it to improvements in the international commodity prices and the recommencement of production at two major mines and the LNG project following the Highlands earthquake in February.

BPNG Governor Loi Bakani stated in the report that in July, foreign exchange inflows had reached the levels of 2017 mainly reflecting higher production by OK Tedi and Porgera mines and the LNG project, coupled with the commencement of corporate tax payments to the Government by the operator of the PNG LNG project.

In addition, the final drawdown of US$190 million (K618.7 million) of the Credit Suisse Syndicate loan in June 2018 also assisted in providing the necessary foreign exchange.

According to Bakani, other inflows expected in the coming years include the budget support loans from the Asian Development Bank (ADB) and the World Bank.

The first component of ADB loan of US$100 million (K326.9 million) is being drawn down in August, while the US$150 million (K488.9 million) of the World Bank loan is expected to be drawn down after the approval by the World Bank board. Out of the Credit Suisse loan, a total of US$143.8 million (K468.7 million) was used by BPNG to intervene in the foreign exchange market and the Bank plans to utilise future inflows to support and clear import orders.

Meantime, the Governor urged the cooperation of the private sector for firms to act responsibly, including the foreign exchange dealers, in ensuring that only current import orders are brought to the market and companies to refrain from front-loading future import orders.

Bakani issued that BPNG anticipates that foreign exchange inflows will continue to improve to reduce this imbalance and current import orders should be met at a reasonable timeframe.