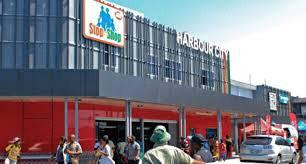 THE popular STOP & Shop chain yesterday reopened its Central Waigani supermarket at around midday as promised by the City Pharmacy Group in what was described as a tremendous effort by its staff according to CPL managing director Mahesh Patel.

Mr Patel said the day started early for all staff to bring the operation of the supermarket from across the parking lot from the old building over to the refurbished one.

“It was 7am in the morning and we were still finishing up and our target was midday to just give the staff extra time to finish up.”

“We were never finished and there is fine tuning happening but tremendous job by my staff because they worked till about 4am in the morning the last few days.”

“The contractors, commercial team, merchandise team you have got to give it to them.”

Mr Patel said despite skepticism by some members of his board touting Monday his staff had delivered on the set date.

The opening was kept quiet without much fanfare to allow a smooth transition between both buildings, but still a large crowd of customers were gathered outside waiting to enter the building.

“We were scared because we opted for a soft opening without much of the fanfare and we thought when we opened the shutters the whole pile of people outside.”

“That was quite encouraging because we didn’t advertise because we were not sure of the turnout, and on top of that we were having a few issues with the electricity PNG Power has been coming in and out.”