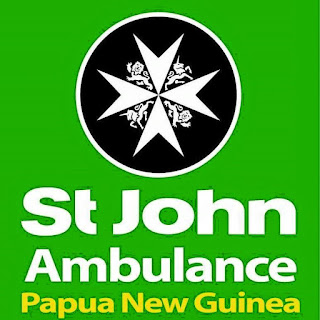 As residents in NCD and the Central province experience continuous widespread rain, the St

The caller who residing in NCD was requesting emergency assistance for his relative, a woman in the Rigo village of Central province.

The woman, in her 20s had gone through into labour in her remote village. She was suffering a life-threatening obstetric emergency, in need of medical attention.

Upon receiving this call, the St John team immediately dispatched an ambulance and back-up vehicle with a team of paramedics and Emergency Medical Technicians to Rigo.

The team struggled through monsoonal rain and widespread flooding to bring help to the
woman. It took the team some three-hours to reach patient.

At Rigo, the woman was stabilised at the scene by the team of paramedics. She was then transported to Port Moresby General Hospital in a stable condition.

The St John Ambulance team attend to up to 40 obstetric cases every month in the Southern Region of Papua New Guinea.