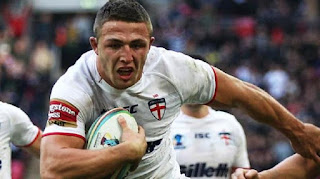 England coach Wayne Bennett has selected a 20-man squad for the Pacific Test match against Samoa at Campbelltown Stadium on Saturday May 6.

Cronulla Sharks veteran Chris Heighington will make his return to the squad after last being selected for England in 2011, while Zak Hardaker has also been recalled and Chris McQueen, Mike McMeeken and Alex Walmsley have been handed debuts. Gold Coast Titan McQueen qualifies for England selection through his English father.