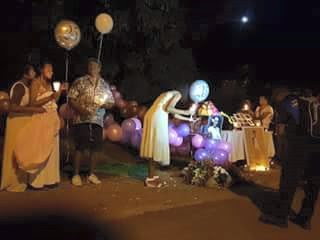 According to the OIC for Traffics, Inspector Philip Koliadi, they will be speaking to the UPNG Security guards who were on duty at the time of the incident and other staff members of the university who probably witnessed something.

“From what we’ve observed at the scene, Ruby-Anne was found 3 meters from where the vehicle stopped which indicates that she could’ve rolled over several times before reaching the spot where she laid”
A full report will be made known to the public once the investigation is completed. PNGFM
SHARE THIS
Share it Tweet Share it Share it Pin it