Teacher charged with having sexual connection with two students in Samoa 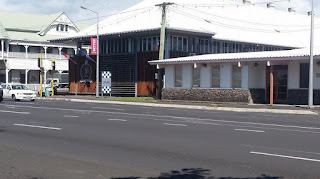 A 37 year old teacher from one of the colleges in Samoa has been arrested and charged with having a sexual connection with a person under the age of 21.

“The charges are not rape, but instead having a sexual connection with a person under the age of 21. We are still doing investigations over things like consent and so forth. However, for the time being with the charge of sexual connection the maximum penalty is ten years in prison,” said Su’a.

The students are 15 and 18 years old respectively and are both attending the same school.

“The two acts were perpetrated in two different times. As a matter of fact, the principal found out about the first one and brought one of the girls in for questioning and that’s where she told about the second case,” said Su’a.

He says the cases are very sensitive and must treated carefully.

“We all abide by the golden rule whereas everyone, and anyone is presumed innocent until proven otherwise, so to protect the names of the schools, the accused, and their village we cannot release that kind of information until the court has made the final decision,” said Su’a.