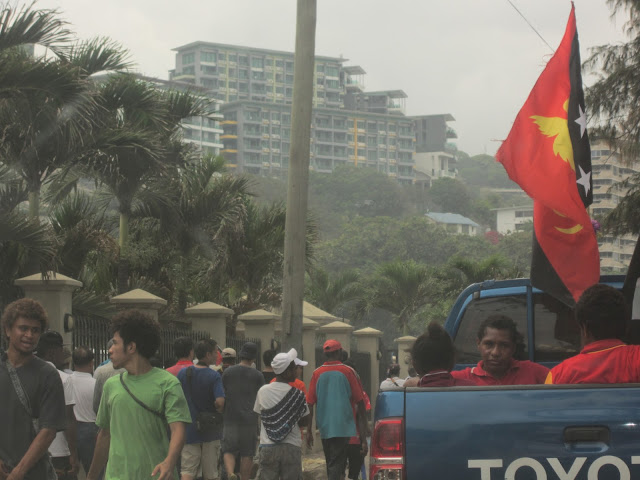 “PNG has had a long journey, 41 years we must begin to take our place, in our country, in our region in the world we must begin to become mature responsible and subscribe to high values. We might be 41 but we are not just 41 years old we are a nation of a thousand tribes eight hundred and sixty languages and we have a long rich history and tradition, and we have an old soul. This old soul has given us experience, given us culture has given us wisdom and has been the foundation of our nation in 41 years. We have come a long way a lot of challenges, this year is no exception but we can only get better from here on, and what I want to share with all you thousands of people is that be proud, be joyful, celebrate because we are still an exception because even though we are from different tribes and tongues we have remained one people we have remained one nation we continue to forge one destiny which is a big achievement in itself.” said NCD Governor Powes Parkop in his Independence speech to the crowd gathered at the Paga street festival. 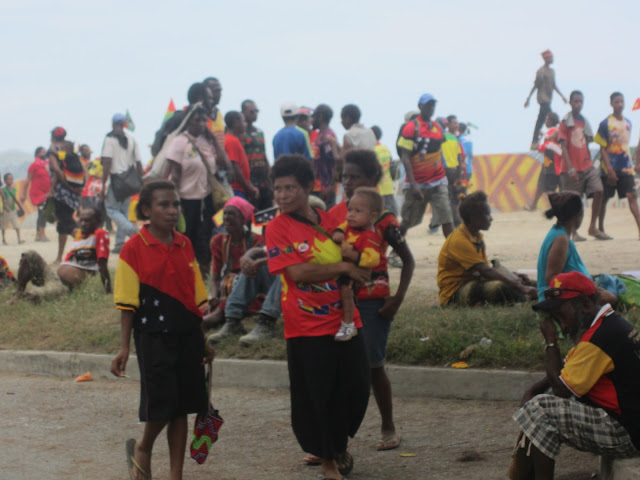 Governor Parkop called on those present to have belief and faith in the country as this is the only country left for us to inherit by our ancestors and we must celebrate our achievements whether its large or small despite the challenges we face, because in celebrating our achievements we inspire ourselves and push ourselves to become a bigger and better nation.
The Governor made special mention of the children who marched with him this morning stressing to all parents that children are the future of this country, and they have a responsibility to ensure their future is met, he cautioned parents not to step in the children the ways but rather giving them freedom to grow and excel ensuring the future progress of the nation.
Governor Parkop concluded by highlighting that this weekend marks special celebrations with activities also being staged at Jack Pidik park and 9-mile with the Black Brothers headlining the concert at the Sir John Guise Stadium.