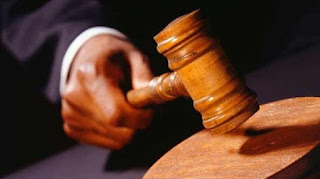 This will also reduce the number of appeals against sentencing.

Deputy chief executive of the Judicial Commission of New South Wales, Murali Sagi, said the sentencing database is not to limit a judge’s discretion but is a guide to deciding sentencing.

Designed by the Judicial Commission of New South Wales under the guidance of PNG’s Chief Justice, Sir Salamo Injia, the sentencing database provides judges similar cases and other reference materials to assist them with their decisions.

Sagi said database also provides statistical information and range of penalties that are imposed in recent cases of a similar nature.

A unique feature of this PNG Sentencing Database is it allows the user to access further explanation on why the case was passed in a particular nature.

Chief Justice of the High Court of Kiribati Sir John Muria said there is a demand for justice to be seen in the Pacific and having such database at the disposal of a judiciary is an immense tool.

In Kiribati, cases on PacLii are still referred to by judges for assistance in arriving at decisions.

Sir John said Kiribati still has very limited access to such technology however, they realise that the way to go for the island nation is to start developing such materials to help them be more consistent in their sentencing.